For most people, flying is the feature that distinguishes birds from the plethora of animals on Earth. Birds are in fact one of three groups of animals that have evolved to take advantage of the 3-dimensional space of the Earth’s atmosphere; the other two being insects and bats. Of these three groups however, birds are arguably the most impressive flyers due to the speeds they can attain and the distances they can travel.

The ability of birds to fly was generated through the evolution of feathers and wings along with other morphological and physiological adaptations. Aside from your typical straight-forward flying, some birds have developed the ability to hover, fly backwards, fly upside down, and many species have the endurance to fly for several days on long distance migrations. Flying is energetically expensive but in terms of the amount of energy used with respect to the distance traveled, it is far more efficient than walking or swimming.

The process of flying includes four parts: taking off, maneuvering, stabilizing and landing; each of which involves a unique set of skills. During flight, birds are required to make constant adjustments to the feathers attached to both their wings and tail. Knowing what adjustments are necessary is communicated from the feathers to the brain and neural receptors via thousands of sensory signals connected to the base of the feathers. 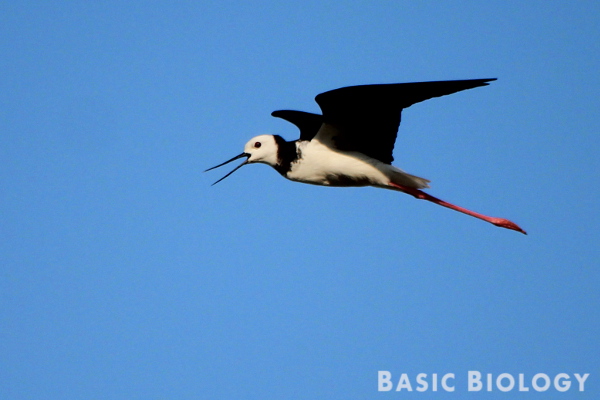 In order to fly, birds must counter the forces of gravity, friction and turbulence. This is done by creating lift and thrust. Lift is an upward force and is generated due to the way air moves over a bird’s wings.

By having a greater curve on the upper surface of their wings, similar to airplane wings, lift is generated by the difference in the distance air must travel over a wing. In order for a bird to fly it must produce enough lift to counter the effects of gravity, which produces a downward force. Thrust is generated by the flapping of bird’s wings and is used to counter the slowing forces of friction and turbulence.

There is two main types of flight that birds perform: soaring/gliding flight and flapping flight. Both rely on wings, but in different ways. Gliding flight is the simplest form of flying and simply requires a bird to hold its wings outstretched. To combat the negative forces of drag that would otherwise cause the bird to gradually drop in altitude, bird’s that glide use rising pockets of air to climb in altitude.

Rising air can originate either from the warmth of the land or from physical features that deflect air upwards such as a mountain range or wave. The use of warm air and deflected air to maintain altitude is known as thermal soaring and slope soaring, respectively. Gliding is a very energy efficient form of flying as it requires very little action from a bird other than navigating into the right pockets of air.

Flapping flight depends on the thrust generated by wing strokes to maintain altitude. Changes in the orientation of wings and feathers can turn upward lift into forward thrust and vice versa. The flapping of wings in birds is a complex action that is controlled by around 50 different muscles. Each wing can beat independently which allows birds to steer and maneuver.

One of the most obvious physical features of birds, aside from feathers, is the evolution of the forelimb into wings. A bird’s ability to fly is more determined by the shape and size of its wings more than anything else. 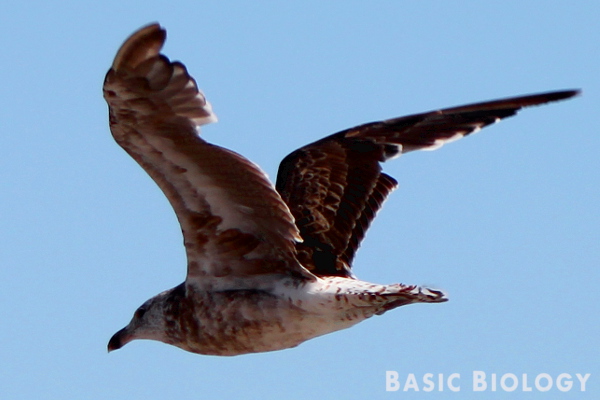 Wings influence the speed, agility, flying efficiency and gliding ability. High speeds are reached by birds with long, narrow wings. Long, thin wings produce a large amount of lift relative to the amount of drag that they create. Wings with these dimensions are also well-designed for gliding.

Birds with short rounded wings are best equipped for good maneuverability because shorter wings are easy to flap rapidly relative to longer wings. Energy efficiency is largely regulated by the size of a bird’s wing relative to its body mass. If a bird has more weight to carry through the air, it requires larger wings to maintain its flying efficiency.

Bird skeletons are highly modified in order to improve the flying capability of birds. Unlike the dense solid bones of most land-based animals, bird bones are hollow and light. They have unique joints that support their bones against the physical stresses associated with flying. Birds also have a lightweight toothless beak in the place of a heavy toothed jaw. Many adaptations have evolved to reduce the weight of birds which would obviously impede their ability to fly.

Birds are amazing animals, personally one of my favorite groups. Their magnificent ability to soar among the clouds inspires people all around the world. They have mastered the skies and their overall flying ability is unsurpassed by any other animal on Earth. 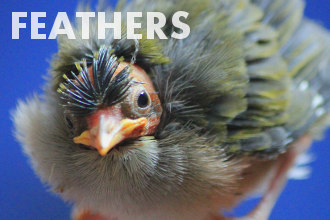 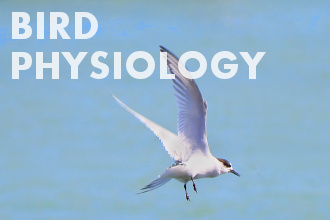