Bird physiology is unique and closely linked to the energetic demands of flying. Birds have high metabolisms and body temperatures. Their respiratory system is highly adapted to allow efficient oxygen delivery into the body during flight. A large heart pumps the circulation system to deliver oxygen and important compound around the body.

Birds are heated by the heat generated through their metabolism. Their high body temperature gives birds faster reflexes and muscle contractions which are important attributes for flying. Many birds have specialized digestive systems depending on their specific diets and the toxins they are required to digest.

The respiratory system of birds is significantly different to mammals, mostly to account for the physical demands of flying. A bird’s respiratory system is made up of the nostrils, windpipe, bronchi, two small lungs and a network of interconnected air sacs. The process of air circulation through a bird’s body goes in one direction over two complete breathing cycles. This process can be separated into four simple steps. The majority of birds inhale air through their nostrils which travels through the windpipe. The windpipe splits into two primary bronchi which then divide further into multiple smaller stems.

Step 1: In the first step of the respiration cycle, birds inhale air through nostrils in their beaks which travels through the windpipe, primary bronchi and ends up in the posterior air sacs.

Step 2: During the second step, the bird exhales and the inhale air from the previous breath moves from the posterior air sac into the lungs. At this point the oxygen in the air is swapped with CO2 in the blood.

Step 3: In step three the bird inhales for the second time and the air in the lungs moves into the anterior air sacs located towards the front of the body while the newly inhaled air is transported to the posterior air sacs (step 1).

Step 4: For the final step, the bird exhales for the second time and the air is transported from the anterior air sacs out through its beak via the windpipe.

The circulatory system of birds must be very efficient in order to keep up with demands from the respiratory system and the bird’s metabolism. The blood is responsible for transporting important compounds (such as glucose, fats and waste products) through the body. Large volumes of blood are pumped around the body of birds in order to maintain the delivery of such compounds.

The blood is also responsible for transporting oxygen and CO2 around the body and must keep up with the respiratory system in order to do so. Because the demand for blood is higher in birds than it is in mammals, birds typically have larger hearts than mammals of similar sizes. They also have much higher heart rates with resting heart rates generally sitting between 150-350 beats per minutes for a medium sized bird. In small birds, heart rates can reach in excess of 1200 beats per minute! The majority of blood is sent to major organs such as the kidneys, liver, lungs and intestines.

The metabolism is the set of chemical reactions that keep an organism alive and is an important part of a bird’s physiology. These reactions require energy and an individual’s metabolism is the total amount of energy required to sustain this complete set of chemical reactions. If we consider all organisms and more specifically just animals, birds have high metabolisms relative to most living things. They are active, warm-blooded animals so they require large amounts of energy to maintain their active lifestyle and their body temperatures.

Their metabolisms are highest whilst flying when they require the most energy and lowest while they are sleeping. Metabolism in birds is closely linked to temperature regulation. Small birds have the highest metabolisms relative to their size because their small bodies lose heat faster than larger birds so their metabolisms must work harder in order to maintain their internal body temperatures.

Bird physiology of the digestive system in birds can be very specialized. Birds can have specialized digestive systems for different diets and they can change significantly with changes in seasons. They have sacs on the sides of their large intestines called ‘ceca’ which helps birds to digest plant material. Some birds are able to digest waxes and parrots eat clay to help them digest toxic compounds in fruits and seeds. Hummingbirds are able to extract 99% of the energy from the nectar they feed on.

Birds maintain their body temperatures by producing heat through their metabolism rather than relying on heat from the environment. Their feathers also play an important role in regulating their temperatures by controlling how much heat leaves the body.

A bird’s body temperature is usually maintained within the high range of 40-42°C and this allows birds to be very active but means they are required to eat a lot of food. A bird will consume around 20 times as much food as a reptile of a similar size. Birds also regulate their body temperatures by shivering when they are cold, panting or fluttering when they are hot, and increasing or reducing blood flow to their feet. Temperatures over 46°C are fatal. 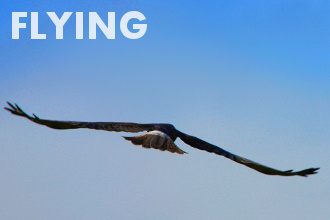 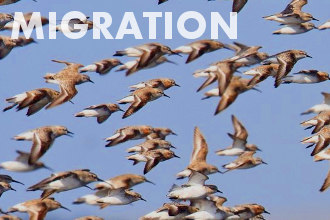