Fish breathe through gills instead of lungs. Just like all other animals, fish need oxygen to survive. Because they live in water, they have evolved gills which enable them to remove dissolved oxygen from water. Most fish have four gills on both sides of their head. Sharks and other more primitive fish may have five or more gill slits.

How do gills work?

Having so many tiny secondary lamellae creates an enormous surface area for oxygen to be absorbed through. This is helped further by the fact that secondary lamellae have thin walls so gas can be absorbed into the blood stream easier. Dissolved oxygen is found in much lower concentrations in water than it is in air so gills need to be far more efficient with their absorption than lungs do.

Do all fishes have gills?

As far as I know, all fish do have gills. However, not all fish can breathe through their gills. Lungfish for example live in freshwater habitats and have evolved lungs which they use to breathe air. This is common in stagnant and acidic water bodies where dissolved oxygen concentrations are very low or the acidity of the water causes problems for gills.

Other aquatic animals such as dolphins, whales and seals do not have gills but that it because they are not fish at all, they are mammals. Marine mammals have evolved from land-based animals but have moved back into aquatic environments. Whales and dolphins are in fact more closely related to the hippopotamus than any other living animal.

How and when did gills evolve?

The respiratory gills of fishes are most likely to have evolved from the food collecting contraptions of more primitive animals. Fish belong to the phylum Chordata, as do mammals and all other vertebrate animals. The most primitive Chordates however are invertebrates that use tiny growths called cilia to filter food from the water much in the same way as fish absorb oxygen from water.

This evolution from food filtering to oxygen absorption evolved a very long time ago. Fish were the first vertebrates to evolve and did so way back in during the Early Cambrian around 530 million years ago. One of the earliest known fishes to possess gills is an extremely primitive fish called Myllokunmingia and was found in shallows water in Asia. Although gills were important for the evolution of fish, it was the evolution of the jaw bone that really allowed the explosion of fish diversity into the 60,000 species that are currently present on Earth. 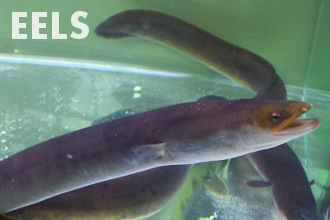 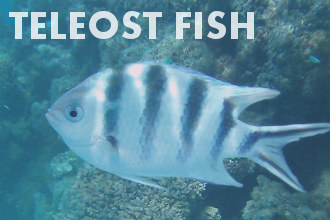