The first invertebrates are believed to have evolved between 650 and 540 million years ago from single-celled organisms similar to certain cells found in sponges. Since then, they have diversified and spread into almost all environments on Earth and have evolved into some very sophisticated animals. Invertebrates use a range of methods for reproduction, sourcing food and surviving – the success of their methods is evident by the sheer number of invertebrates that exist on Earth today. 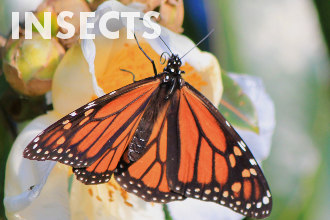 Insects are a class of invertebrate animals and include a majority of all the world’s animal species. They are a massively successful group and include animals such as bees, butterflies, cockroaches, flies, mosquitoes, and ants.

Spiders are a group of land-dwelling, carnivorous invertebrates. They differ from insects by having only two body segments rather than three, eight walking legs rather than six and no antennae. Spiders have jointed limbs and a hard external skeleton. 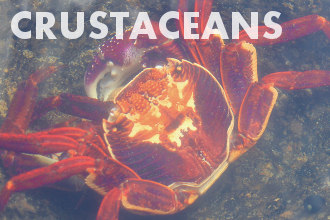 Crustaceans are mostly marine invertebrates and are closely related to spiders and insects. Crustaceans include animals such as crabs, barnacles, lobsters, shrimp and many species of zooplankton. 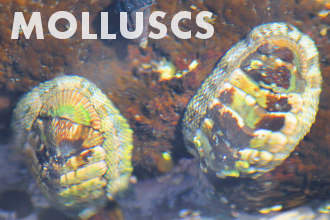 Molluscs are a phylum of mostly marine invertebrates that includes octopus, mussels, clams, snails, squid, and many more animals. They have a muscular ‘foot’, a mantle which produces a shell and internal organs.

Arthropoda is a phylum of animals that includes many well-known invertebrates such as insects, crustaceans, spiders, centipedes, and scorpions. They are distinguished by their hard external skeleton or shell and jointed limbs.

Worms are invertebrates from a variety of distantly related animal groups. They are primitive animals with elongated bodies, a mouth, gut, anus and they are usually limbless. Common worms include flatworms, earthworms, and polychaetes.

Sponges are only just classed as animals and are believed to be one of the first animals to have evolved. A single sponge cell can survive and reproduce to create a colony of sponge cells that work together as a multicellular animal.