Crustaceans are mainly marine invertebrates and belong to a group of animals called Arthropods, which also includes spiders and insects. Crustaceans include animals such as crabs, barnacles, crayfish, krill, sand hoppers, shrimp and many species of zooplankton. The most easily identifiable distinction between crustaceans, spiders and insects is the number of pairs of antennae each group has. Crustaceans have two pairs whereas insects only have one pair and spiders have no antennae.

Where are crustaceans found?

Crustaceans are mostly found in marine environments where they are common on the sea floor, water column and in the intertidal zone. They are also common in freshwater environments, such as lakes, rivers, groundwater and temporary pools, but not to the same level of diversity. Several groups, such as sand hoppers and woodlice, have successfully made the move to land and can be found on beaches, in decaying wood and many other environments on all continents other than Antarctica. However, only 2-3% of all species live on land and the majority are found in the sea.

How diverse are crustaceans? 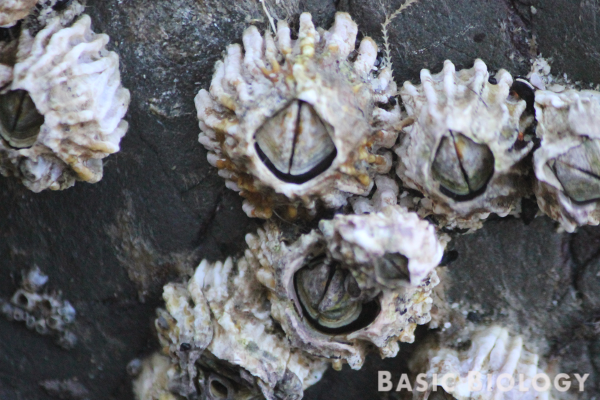 The body of a crustacean can be divided into the head, thorax and abdomen. The head bears the two sets of antennae, mandibles and maxillae (mouth parts). A thorax is the crustacean equivalent of a chest but it is split into numerous segments. Each segment has a pair of legs each leg is usually jointed. The abdomen contains the reproductive organs and is where females store their eggs. The abdomen of many species is quite muscular and is often important for swimming. Most commonly crustaceans have hard shells called an exoskeleton. The exoskeleton often forms a shield over the back of the head and the thorax to create one hard shell called the carapace.

Crustaceans reproduce sexually and it is common for there to be considerable differences between the size and structures of males and females. In most species, the female carries her eggs and releases her larvae as free-floating zooplankton. Many crustecea undergo metamorphosis several times as a juvenile before reaching the mature adult form.