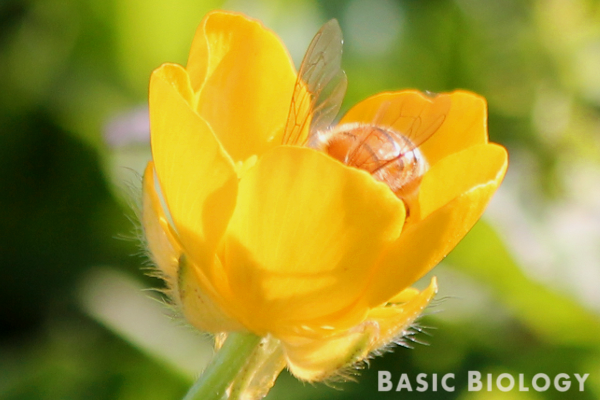 Many plant species are pollinated by insects, a method of pollination known as entomophily. Bees are one of the most common groups of insects that are important for the pollination of flowers but there are also many other species of insects that are important around the world such as ants, flies, butterflies and wasps. Plants have evolved a number of enticing adaptations to lure in insects such as brightly coloured petals, aromatic flowers and tasty nectar.

Both insects and plants benefit from the relationship. Insects gain a great source of food from the nectar of the flower and in the process from moving from flower to flower, the insects spread pollen between flowers, pollinating flowers as they go. Pollen contains the male sperm cells of a plant and are located on the male organs of a plant known as the stamens; when they come into contact with a female part of a flower, the stigma, the flower has then been pollinated. The distribution of pollen by insects is a vitally important process for many plants as it allows them to reproduce.