Molluscs are a phylum of mostly marine invertebrates that includes octopus, mussels, clams, snails, chitons, squid and many more animals. They are characterized by a number of features that separate them from all other animals. They have a muscular foot, a mantle which produces a shell and a visceral mass which contains all of their internal organs. The phylum Mollusca is separated into 8 classes with the majority of species found within the class Gastropoda, which includes snails and slugs. Molluscs are an extremely successfully group of animals and have evolved to inhabit a wide range of environments from the land to the bottom of the deep oceans. 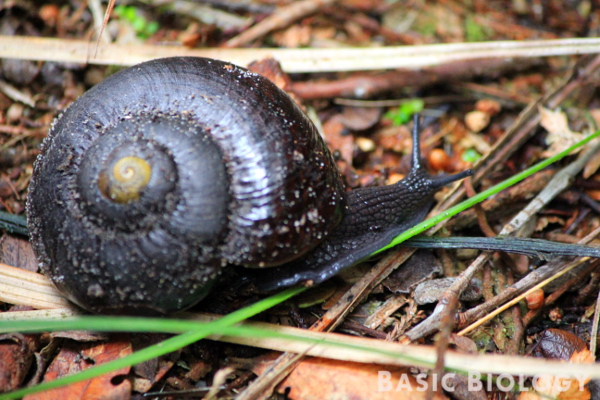 Gastropods are the most diverse class of molluscs and include snails, limpets, slugs, abalones, nudibranchs and a number of other molluscs. There is a large degree of visible evolution within the gastropods from simple dorsal shells such as seen in limpets, moving through to asymmetrical spirals that allow a mollusc to grow an elongated body. There is also a significant amount of development of a head in some more advanced gastropods such as the land-based snails.

Sea slugs, sea hares, nudibranchs and slugs appear to have all lost their shells entirely, although in some cases a very primitive shell may remain. Gastropods have developed a vast array of feeding methods to make use of the many potential food sources. Different species can be grazers, filter feeders, detritivores or carnivores.

Bivalves include molluscs such as mussels, clams, cockles and oysters. They have two shells that can enclose their entire body for protection; their shells are connected via a hinge ligament and are opened and closed using their adductor muscles. They often have a large foot that is used to help burrow beneath the sand and can be retracted back into their shell when necessary. 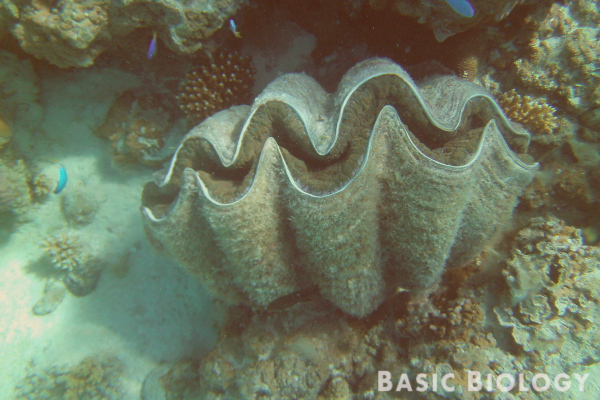 Bivalves have poorly developed heads and the majority of species feed by collecting food on their gills, either by filtering food from the water column or by collecting food from the sediment. They have a number of life strategies that include burrowing in soft sediment, attaching themselves to hard surfaces, boring into hard substrates and unattached surface inhabitants.

Of all molluscs, cephalopods display the highest level of both physical and mental development. The cephalopods include octopus, squid, cuttlefish and the shelled Nautilus. They have eight arms and two tentacles. The tentacles are used for capturing prey which is then killed and torn apart using poison glands and a parrot-like beak. Each species from within this group are found free living in water rather than attached to rock or beneath the sea floor. The octopus, however, has adapted a bottom-dwelling lifestyle using its tentacles to crawl along the seafloor.

The Nautilus is the only cephalopod to have kept its characteristic mollusc shell, whereas in the others it has been either highly reduced or completely lost. Cuttlefish have a flattened internal cuttlebone, squid have an internal rod-like pen and octopus have no shell at all. The Nautilus shell is divided into chambers which are used to maintain buoyancy at different depths by increasing or reducing the amount of air in each chamber. 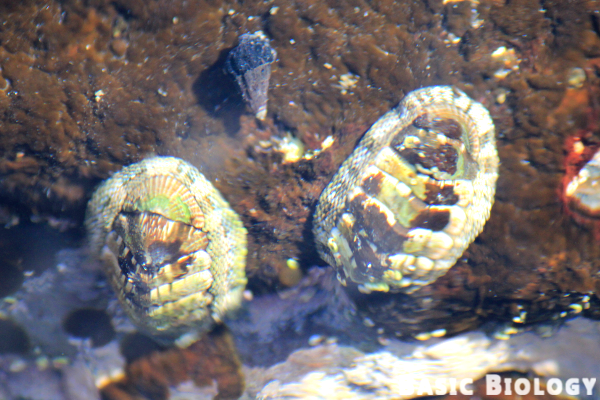 The cephalopods have developed a form of jet propulsion to help them avoid predators using their mantle and siphon to blow water behind themselves and propel themselves forward; the majority of time, however, they simply use their fins to slowly swim through the water. The subclass Coleoidea, which includes squid, cuttlefish and octopus, have a number of other unique adaptations among the molluscs. They have highly developed eyes, a complex nervous system, ink glands and skin cells with the ability to change color (known as chromatophores).

Chitons belong to a class of molluscs known as Polyplacophora. They differ from other molluscs by having a their shells separated into a series of eight valves. The shell is surrounded by mantle tissue known as the ‘girdle’. Chitons are common in the intertidal zone on rocky shores where they feed primarily on algal growth in the rocks. Differences in the chitons life cycle and body structure suggest they separated early on from the main line of molluscs.