Rodents are a group of very well-known animals such as rats, mice, squirrels, chipmunks, beaver and porcupines. It is a hugely successful order of mammals and comprises of approximately 42% of all mammalian species. The 33 families and 2,300 species are spread all around the world and are more often than not the most abundant vertebrate animals in many land-based environments.

Rodents are missing canines and some cheek teeth but have a set of constantly growing incisors. The constant growth of the front incisors require continual wearing down through the action of gnawing. The wearing down produces the characteristic pointed front teeth that make rodents easily recognizable.

Many rodents are very good diggers and a number of species spend much of their life in underground burrows. They are almost entirely herbivorous although a number of species display opportunistic feeding behaviors and will feed on insects, birds and eggs.

They range considerably in size varying from a miniscule 5g to an impressive 79 kg. The order is believed to have evolved during the late Paleocene and the earliest fossils are found from around 57 million year ago.

The evolutionary relationship of rats and mice separates them both into a number of quite distantly related families; the majority of species however are found in two families: Cretidae and Muridae which also include hamsters, voles, lemmings and gerbils. Rats and mice are massively successful and have both stretched to almost all corners of the globe.

The toughest species live well within the Arctic Circle and not far from the Antarctic Circle. Other species of rats and mice manage to thrive in almost all land-based environments such as forests, wetlands, tundra, deserts, alpine areas and grasslands. Mice in particular can have incredible rates of reproduction and can breed all year round. Many species can become sexually mature in less than a month.

These three animals along with marmots belong to a family of rodents known as Sciuridae. The family has around 280 species from 51 genera and evolved around 40 million year ago. The Scuriads are mostly herbivorous but some species feed on insects, young birds and eggs.

Many of these species can tolerate rather harsh environmental conditions. Some species of chipmunks, squirrels, prairie dogs and marmots will hibernate over winter, surviving on food reserves built up over the warmer seasons.

Skin folds between the hands and feet of flying squirrels enable them to glide distances usually between 10-20 m; however some species can glide much further. The giant flying squirrel, for example, can fly distances of more than 400 m!

Hamsters are relatively small rodents with short tails, short legs and small ears. They feed mostly of grains and other plant material but some species can be omnivorous. A hamster will usually live alone in a large underground burrow network where they store food for the winter. Most hamsters are nocturnal.

The subfamily Gerbillinae includes 16 genera and 103 species of gerbils. They are mostly found in desert environments and are distributed through Africa, the Middle East and Asia. They are adapted to the hot arid climates by concentrating their urine and eating foods with significant amounts of water to stay hydrated. Although size varies between species, gerbils are usually between 15-20 cm (6-12 inches) long.

Only two species of beavers exist: Castor canadensis and Castor fiber found in North America and Northern Europe and Asia, respectively. Beavers are large semi-aquatic animals reaching weights of more than 30 kgs. Their large size helps to conserve heat; an important advantage in the cold climate and icy waters that beavers inhabit and dive in.

They are famous for their lodges which they build across streams and rivers. Their dam building activities make them significant ecosystem engineers. A beaver dam can convert rivers into lakes and reduce the flow of the downstream river. These changes can make the area unsuitable for the fish, mammals, invertebrates, plants and microorganisms that previously lived there and more suitable for others. 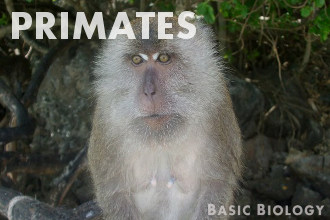 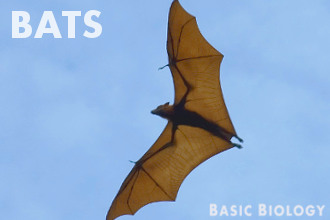