All living things are made from one or more cells. A cell is the simplest unit of life and they are responsible for keeping an organism alive and functioning. This introduction to cells is the starting point for the area of biology that studies the various types of cells and how they work.

There is a massive variety of different types of cells but they all have some common characteristics. Almost every different type of cell contains genetic material, a membrane and cytoplasm. Cells also have many other features such as organelles and ribosomes that perform specific functions.

Many different organisms on the tree of life contain only one cell and are known as single-celled or unicellular organisms. Their single cell performs all the necessary functions to keep the organism alive. All species of bacteria and archaea are single-celled organisms. On the other hand, large organisms like humans are made from many trillions of cells that work together to keep the organism alive.

This introduction to cells will take you through the basic structure of cells, the difference between prokaryotic and eukaryotic cells and you will learn about organelles.

STRUCTURE OF A CELL 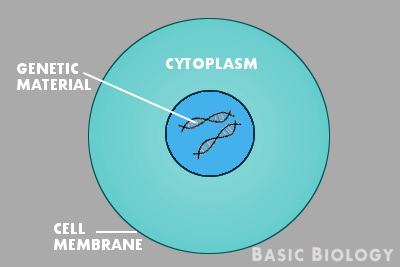 Every cell is different but there is a basic structure that is common to all cells. A cell is essentially genetic material in a gel-like substance surrounded by a membrane.

The genetic material of cells is found as molecules called DNA. The DNA of a cell holds all the information that a cell needs to keep itself alive. A DNA molecule contains a code that can be translated by a cell and tells it how to perform different tasks. A gene is a specific segment of a DNA molecule and each gene tells a cell how to perform one specific task.

The gel-like substance that the genetic material is found in is called the cytoplasm. The cytoplasm fills a cell and gives it it’s shape. The cytoplasm also allows for different materials to move around the cell. All cells have other structures in their cytoplasm that help the cell stay alive.

Eukaryotic cells have both a nucleus and a range of different organelles. The nucleus is a structure found in eukaryotic cells that contains the cell’s DNA. Organelles are cellular ‘factories’ that perform important functions such as building different molecules of life, removing wastes and breaking down sugars.

For a cellular structure to be considered an organelle it must be surrounded by a membrane just as the nucleus is. Prokaryotic cells contain various structures that help with certain functions, such as ribosomes, but these structures are not encapsulated by membranes and are therefore not considered organelles. 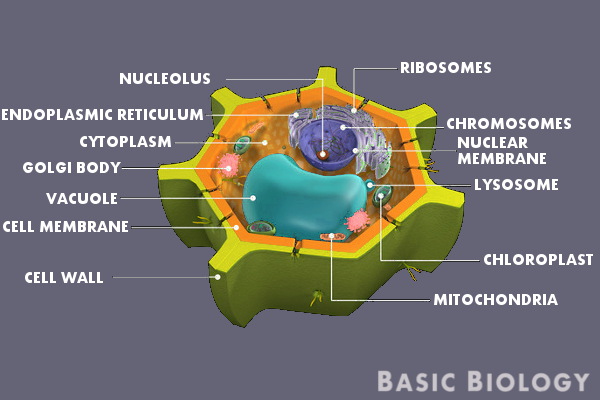 Organelles are a common feature of eukaryotic cells. A wide range of different organelles has evolved over millions of years to perform various roles within cells. Some are widespread across most of the Eukaryota domain. Others are less common and only found in one or two groups of eukaryotes.

Important organelles include the nucleus, mitochondria, chloroplasts, and the endoplasmic reticulum. Mitochondria are involved in the process of cellular respiration where sugar is broken down and converted into cellular energy.

Chloroplasts are found in the cells of plants and other photosynthetic organisms. Inside chloroplasts are where plant cells are able to use energy from the sun to create sugars from carbon dioxide and water.

This video was produced by Nucleus Medical Media. You can find more than 200 animated videos like this one on their youtube channel. 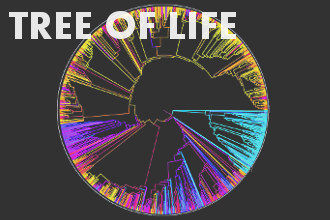 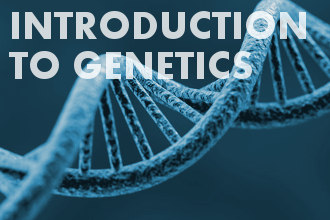