Basic Biology: An introduction (THE book)

This brilliantly simple book that takes the reader through the fundamentals of biology in a way that is easy to follow and avoids unnecessary jargon that is common in the sciences. Easy and enjoyable to read, the book introduces readers to topics such as genetics, cells, evolution, basic biochemistry, the broad categories of organisms, plants, animals, and taxonomy.

Basic Biology: An Introduction is available now on Amazon in Kindle or paperback.

Not sure? Maybe a sample of whats to come might help with the decision-making?

Here is the first chapter of our book “Basic Biology: An Introduction”…

Earth’s most incredible feature is the presence of life. The probability of life existing is so small that it is remarkable to exist at all, yet we take it for granted every day. We are surrounded by life everywhere we turn. Plants grow in our gardens, paddocks and forests; birds sit on our power lines; spiders inhabit the corners of our homes; ants find their way into our kitchens; bacteria help us to digest food in our stomachs and intestines. In many ways, life defines this planet, yet so many of us know so little about it.

Biology is the field of science that investigates all aspects of life. The life of a human being – biology. Learning about microscopic bacteria, algae, or fungi – biology. Studying how rain and sunlight influences the growth of a plant, this is biology. This field of science incorporates anything and everything imaginable that is related to life on Earth.

Through biology, we can gain an understanding of the life that Earth has supported for 4 billion years. From microscopic bacteria in your stomach to active, intelligent animals and giant trees. There is an incredible array of life existing on this planet and learning about it can change the way you see and think about the world that you live in.

Our understanding and knowledge of the living world is continuously changing. There are, however, a few key principles that define how life is organized on Earth. These are:

Each of these five universal truths of biology describes an important aspect of life on Earth and are the focus of this first chapter. The first three principles identify the importance of cells, genes, and evolution to life on Earth. The last two principles are mostly concerned with how organisms interact with their environment, both internally and externally. 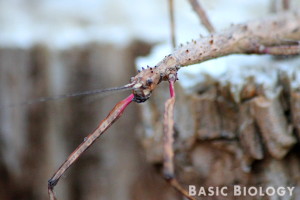 Biology is a massive field of study. This is only the introduction of an introductory book and we will barely scratch the surface of everything there is to learn but we will cover the basics and discuss the information that everyone should know about the life on Earth. It is virtually impossible to know everything about life on Earth but everyone must start somewhere and this is as good a place as any.

Biology can be challenging. With complicated lingo, names, and processes, there are plenty of difficult topics to tackle. I myself dropped biology in my last year of high school because I found math and chemistry easier. In the end, my passion and appreciation of the natural world brought me back to biology. My advice, don’t give up, be patient with challenging topics, and work through issues one step at a time because, if you can stick at it, you will be rewarded with an enlightened understanding of your surroundings and gain a new perspective of the world around you.

DNA – a type of molecule found in cells that contains genetic information. DNA is short for deoxyribonucleic acid

Heredity – the passing of genetic material from parents to offspring

Membrane – a thin and pliable boundary, lining, or barrier

Microscopic – only visible with the use of a microscope

Molecule – a group of atoms bonded together

Photosynthesis – the process of making sugars and other nutrients using carbon dioxide, the sun’s energy, and water

Physiology – a field of biology that studies how organisms function

Respiration – the exchange of gases between an organism and the environment

Of the trillions of planets known to science, only one is so far known to support life, Earth. Life makes Earth unique within our solar system and probably our galaxy. Chances are that there are other life-supporting planets in the universe but they are incredibly rare and the presence of life on Earth makes this planet very special. 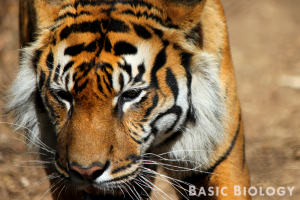 Life has evolved into an incredible array of shapes and forms. Humans belong to the most advanced group of organisms, the animals. Other higher-level organisms include plants and fungi. More primitive life forms include microscopic groups such as bacteria and archaea. Viruses are an unusual group because they are unable to reproduce without the use of a host. As such, viruses are classed by some biologists to be living and by others to be not.

Cells are the basic unit of life 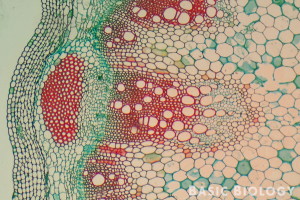 A single cell has the potential to sustain life and is the simplest structure capable of doing so. Many livings things, such as bacteria, yeasts, algae, and archaea, live their entire lives as a single cell. Animals, including humans, begin their lives as a single cell which reproduces into two cells. Those two cells reproduce into four cells, then eight cells, and so on until incredibly intricate animals are created from trillions of microscopic cells that can all be traced back to that single original cell.

The traits of an organism determine how well they are adapted to certain environmental conditions. Different traits provide advantages in some habitats and disadvantages in other habitats. Traits that provide advantages make an individual better adapted to their environment. Natural selection is a process that occurs because individuals that are better adapted to their environment have a greater chance of surviving and reproducing. Because traits are passed from parents to offspring and individuals with beneficial traits are more likely to reproduce, beneficial traits spread through populations over multiple generations. Over time, this gradual change in traits in different environments due to natural selection leads to the evolution of new species.

With the help of genetic mutations, evolution has driven the development of species capable of thriving in almost any environment on Earth. Evolution is visible in all aspects of life and the collection of evidence supporting the theory of evolution has become undeniable. Evolution by natural selection has been sculpting life for over 4 billion years and is the cornerstone of modern biology.

Living things maintain the environment within their cells and bodies

Homeostasis is the act of maintaining the internal environment within an organism’s cells. Cells function most efficiently in a certain range of conditions and as the environment changes around them, they constantly work to keep their internal environment in an optimal condition. Cells are working to maintain factors such as the concentrations of water, salt, sugars, the temperature within the cell, and oxygen concentrations.

The final letter of MRS GREN stands for nutrition and all living things require nutrients to survive. Organisms collect nutrients from the environment and use the energy provided by nutrients to fuel the processes of life such as movement, growth, and reproduction. 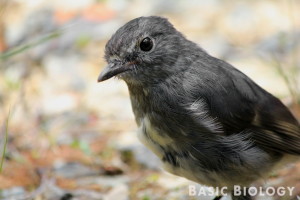 Biology is a huge field of science. Considering that there are millions of different animal species, hundreds of thousands of plant species, and millions of species of microorganisms, it is understandable that biology is split into various different fields of study. Many have been around for hundreds of years whilst others are far newer and are often developing very rapidly with new technology.

Biology can broadly be separated into three areas of study:

Research into the microscopic world of life includes studying topics such as cells, genetics, microorganisms, physiology, biochemistry. Many biologists focus their study on large organisms like plants and animals. The study of animals is known as zoology and the study of plants is known as botany. The life of an organism is greatly influenced by other organisms and the environment that it lives in. Many biologists study these interactions in a field of study known as ecology.

Areas of study such as evolution, ecology, and genetics are themselves very broad topics and contain many specializations within each field. For example, an ecologist, who looks at how organisms interact with each other and the environment, might specialize in marine ecology, population ecology, plant ecology, or freshwater ecology.

As biology is such a broad field of study, the work from one biologist to another may be completely different. An agriculturalist, for example, who is interested in the production of crops, will focus on very different topics to that of an ethologist, who studies the behavior of animals. To be a well-rounded biologist, however, it is a good idea to have an understanding of the basics of the broad fields of biology.