As each of these factors change across space and with time, no two locations on Earth share the same set of environmental conditions. Because all species have varying levels of fitness for different environments, the composition of plants, animals and all other living things, like bacteria and fungi, are different in every area of the world. The Sun plays a major role in many abiotic factors but each factor can also be influenced by other abiotic and biotic factors. 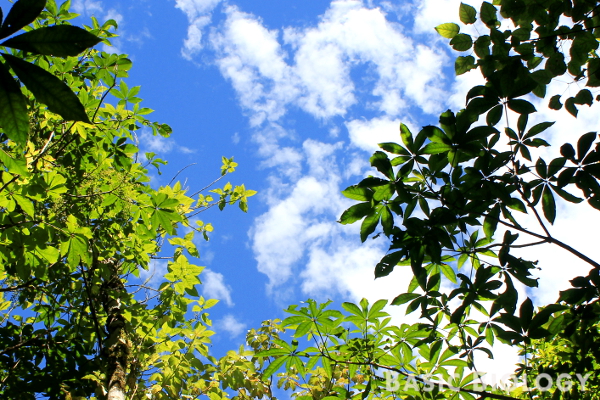 Light from the Sun drives almost all of our planet’s ecosystems and has made the staggering diversity of life here possible. Light energy from the Sun drives photosynthesis, a process used by bacteria, algae and plants to convert CO2 into cellular energy. The Earth’s climate is heavily driven by the uneven distribution of light across the Earth’s surface. At the equator the Sun’s light is more focused than it is at higher latitudes where it covers more area. The focused light at the equator makes the tropics the warmest regions on Earth. The variation in light can be considerable within small areas. Neighboring plants, hills and other structures can block light and make it difficult for plants to grow. In forest ecosystems, only 2% of the light that hits the top of the forest canopy will make it to the forest floor.

Rain or precipitation is a crucial factor in determining the climate of a given location. Once again rain is heavily influenced by the Sun as it drives evaporation from the Earth’s ocean which is then dumped as rain. Rain can also be regulated through the release of water from plants. The tropical rainforests of South America transpire billions of liters of water into the atmosphere each year which enables the on-going persistence of the forest ecosystems. In areas where rain is rare, such as deserts, life can be a real struggle for plants and animals, and many species have amazing adaptations for finding or storing water.

Wind is an important factor because it increases evaporation and can make it difficult for plants to survive in a windy area. As with light and temperature, wind is also influenced greatly by the Sun. Global wind patterns are driven by hot air rising at the equator and travelling towards the poles, before cooling and dropping. This creates prevailing wind conditions for different latitudes known as the ‘trade’ winds 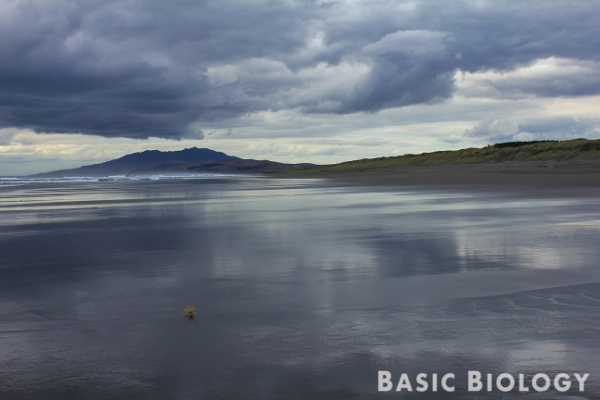 The presence of salt in and environment can be a strong driver of what is found there. The cells of most species will struggle to deal with large concentrations of salt in their environment and therefore only species that have adaptations for dealing with salty conditions will be found in environments where salt of common, such as marine and coastal ecosystems.

The availability of nutrients in the soil is a strong determinant of which plant species are found in an area. Highly competitive species that can grow and outcompete other plants will dominate in highly fertile soils, whereas species of plants that are able to tolerate the stress of having low nutrient availability will be more likely to be found in infertile soils.

Topography refers to the slope of the ground and the direction that it is facing (aspect). The slope of an area can either be flat or not, and its aspect can influence its exposure to light, wind and rain. Flat areas have poor drainage and therefore often retain water much better than locations with steep slopes. Areas with an aspect facing the Sun will receive more light and are therefore going to have greater plant production than an area facing the opposite direction that receives very little direct sunlight.