Freshwater is one of the most important substances for life on Earth and with its absence many environments would be almost void of life. Of the Earth’s 1.4 billion km3 of water, only 35 million km3 or 2.5% is freshwater. Of that 2.5%, the vast majority is locked up as ice in the polar regions and unavailable for use by most organisms. It is a scarce resource relative to many other essential substances such as oxygen and carbon dioxide and often limits the productivity of many ecosystems, as plants frequently don’t receive as much water as they would like.

Lakes, rivers and rain provide most land-based organisms with the water they need to survive. Each source of freshwater is interconnected through the hydrological cycle as water evaporates and forms clouds and eventually falls back to Earth as rain. Groundwater sinks store water which also feeds slowly into lakes and reservoirs. Lakes provide the largest source of easily accessible freshwater as they store around 180,000 km3 of water. 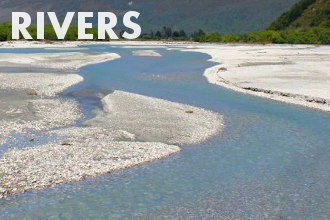 A river is characterized as a freshwater ecosystem with running water. They can range from very small streams fed by a small volume of water to very large rivers such as the Mississippi, Nile and Amazon rivers. 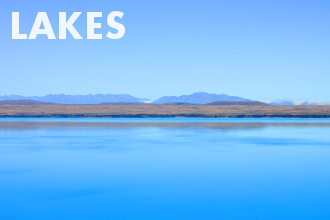 Lakes are areas of land that are filled with water. Aside from the streams and rivers that flow in and out, a lake is completely surrounded by land and can be formed in basins or depressions.