A forest, also often known as the woods or bush, is an ecosystem characterised by large numbers of tall plants. Although when we think of a forest, we instinctively think of land-based areas dominated by trees, there are also kelp forests in aquatic environments that also fit the definition of a forest. Kelp forests, as well as terrestrial forests, provide important structure and habitat for a huge diversity of species from many kingdoms of life. For the purpose of this article, from here on, I will only be considering terrestrial forests.

Forests are extremely complex ecosystems due to a huge number of variables, including both living things and environmental factors, interacting with each other to complete the overall design and function of a forest as an ecosystem. 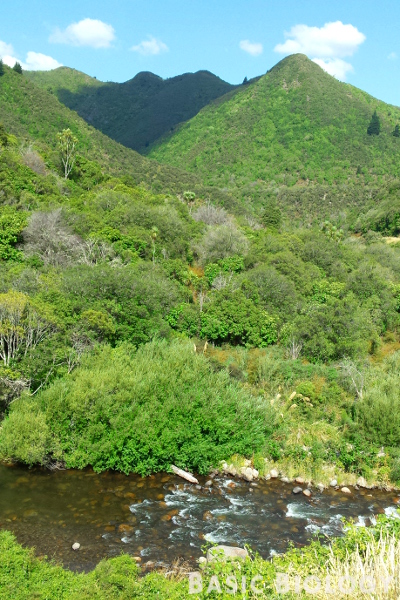 Forests are one of the most common ecosystems in the world and they are hugely important for the on-going survival of many many species including humans. They provide more primary production than any other ecosystem and as we continue to release greenhouse gases into the atmosphere, they help to slow atmospheric changes by removing CO2 from the atmosphere.

Forests are also extremely important for a number of other services they provide humanity such as water filtration, flood prevention and the prevention of erosion. Roots in the soil beneath forests are able to catch nasty sediments from travelling rainwater and prevent them from reaching our waterways and affecting our drinking water. Presently terrestrial forests cover approximately 9% of the Earth’s land although historically forests may have covered as much as one half of the Earth’s land, sadly deforestation continues to reduce the global coverage of forests and diminishes the essential services they provide humanity.

Forests can only be sustained in areas with certain climates. Temperature and rainfall are the two main climatic factors that determine whether a forest can persist in an area or not. Regions with an average temperature of less than 2°C or a yearly rainfall of less than 80mm will struggle to support a forest ecosystem.

Regular sunlight is also a necessary ingredient for the growth of a forest in order for large plants to produce enough energy to keep themselves alive. Tropical rain forests have an excess of rainfall and very hot annual temperatures. They are therefore one of the most productive ecosystems in the world and support a greater diversity of plants and animals than anywhere else on Earth.

There are a number of different forest types found in different geographic locations around the world and are distributed due to climatic variation. Although forest do vary a great deal from place to place, it can be difficult to categorize any particular forest as they may contain different species that are typical for two different types of forest. Regardless, it is possible to make broad categorizations of global forest types and more specific grouping of local forest types.

In general, changes in temperature and precipitation from the equator to polar regions are the major factors effecting global distribution of forests. Local variation in forest types is determined more by soil properties, slope and aspect of the land and the land use of the surrounding area. 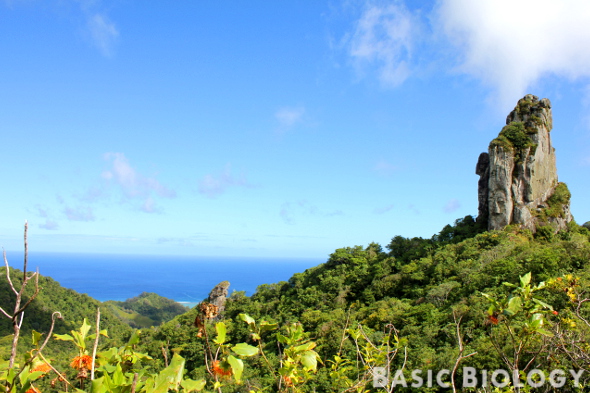 In areas of high precipitation and hot temperatures, the most well-known of all forests dominates: the tropical rainforest. Tropical rainforests are generally found close to the equator in areas commonly subjected to monsoon. They can be found in South America, south-east Asia, India and central Africa.

The Amazon of South America is arguably the most well-known of all forests due to its extremely high biodiversity and large number of animals and plants that are found only in that forest. Exposed to huge amounts of sun light and regular rain fall (approx. 250-450 cm/year), the primary production within tropical rainforests is greater than any other terrestrial environment.

In hot climates, with mean annual precipitation between 150-250 cm, tropical deciduous forests are common. These forests are exposed to seasonal variation in precipitation and have evolved to lose their leaves over the dry season. By losing their leaves, the trees and plants have less body tissue that they need to maintain during the stressful period of the years. The reduced rain and loss of leaves, however, limits photosynthesis to the wet season and therefore reduces primary productivity within these forests compared to tropical rainforests.

Temperate regions of the globe have temperate rainforests, deciduous forests and evergreen forests. The reduced exposure to sunlight over the winter months means that the primary production in temperate regions is less than that in tropical regions closer to the equator. 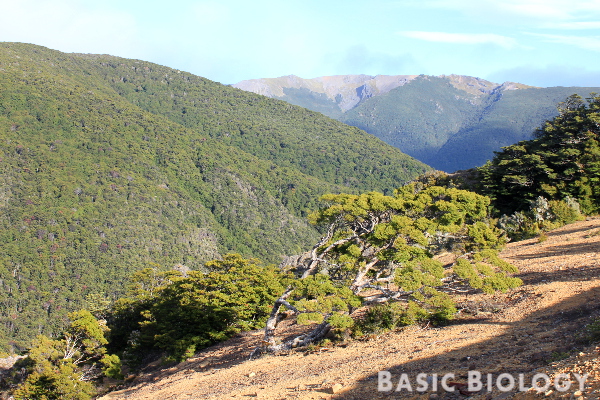 Temperate evergreen forests are often subjected to long cold winters and short summers. Typically forests with cold winters lose their leaves to save energy over the cold months. Evergreen trees however have evolved in climates where the warm growing period is so short that too much time would be lost growing new their leaves each summer.

The trees in these forests, such as pine tree, keep their leaves year round, which are adapted to surviving harsh winter months often with thin, waxy, needle-like leaves. Having thin, needle-like leaves prevents too much snow accumulating on the tree’s branches and reduces the chance of branches breaking under the weight of the snow. Evergreen trees of temperate evergreen forest have a number of other adaptations that allow them to survive through long cold winters.

Temperate rainforests also keep their leaves over winter but live in regions where photosynthesis is possible year round. They live in climates with large volumes of annual precipitation which allows for growth even with low amounts of sun exposure. The summer and winter periods in these regions are both relatively mild so trees of temperate rainforests do not need to lose their leaves over winter as they are not often covered with snow. Temperate rainforests are found mostly in Japan, the United Kingdom and New Zealand but also have patches in Australia and China.

Deciduous forests contain a number of well-known species such as oak, birch, maple, beech and walnut and are common in western parts of North America, throughout Europe and parts of eastern Asia. The term ‘deciduous’ refers to the process of losing leaves over winter, so a deciduous forest is characterized by species of trees that lose their leaves over the winter such as the species just stated.

Deciduous species of trees and plants have evolved in environments with cold winter periods and relatively long summers. Environments such as these allow trees to lose their leaves over winter to save energy and then grow them back in spring when days become longer and warmer more optimal for growth.

Within environments of lesser extremes forest are the dominant ecosystem on Earth and have evolved into an array of dynamic, multi-level systems that provide humans with a wide range of goods and services. Variations in temperature and rainfall are the major factors that drive the composition of forests on a global scale whilst differences in localized environments determine the structure of local forests. 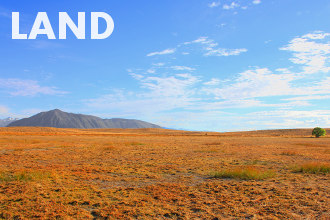 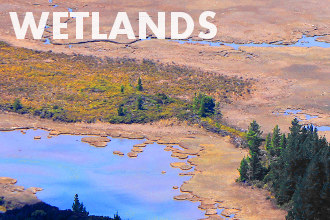