Rocky shore ecosystems are coastal shores made from solid rock. They are a tough habitat to live on yet they are home for a number of different animals and algae.

Rocky shore ecosystems are governed by the tidal movement of water. The tides create a gradient of environmental conditions moving from a terrestrial (land) to a marine ecosystem.


The different sections of the rocky shore are exposed to varying amounts of stress. Stress may be caused by an increased time out of water and in the Sun, more pressure from predation or grazing, or other factors that change across the intertidal zone. As the conditions are changing over the rocky shore ecosystem, various bands of different organisms are found along the intertidal zone. 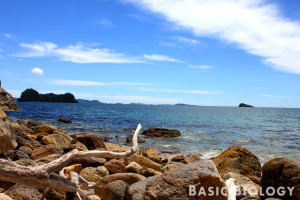 Above the intertidal zone

Between both the supralittoral and intertidal zones is the littoral fringe or the intertidal fringe. This is the area where the high tide may or may not be covering the rocks depending on the height of the tide. Tide heights vary depending on the placement of the Moon, the Sun and atmospheric pressure. The diversity and abundance of animals and plants are still low in the littoral fringe and periwinkles are still the animals you are most likely to find.

Below the littoral fringe is the most diverse and interesting area of the rocky shore, the intertidal zone. The regular covering and uncovering of the shore by the waves provides a regular income of food and nutrients for plants and animals.

The density of plant and animal communities in the intertidal zone are often very high. Due to the high levels of nutrients, the distribution of many species is limited by competition with other species for space. 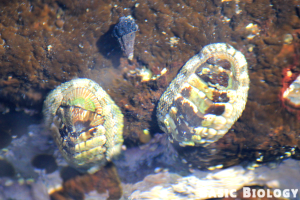 The animal populations on the rocky shore are dominated by invertebrates such as barnacles, mussels, oysters, tubeworms, limpets, chitons, snails, crabs and starfish.

Barnacles, mussels, and oysters are all stationary filter-feeders. They obtain their food by filtering for phytoplankton and edible particles straight from the water above them while they are submerged beneath the tide. They are often the dominant animal species on the rocky shore but their abundance is influenced by competition with each other, the environment of the shore, and predation pressure from predators like starfish and oyster borers. 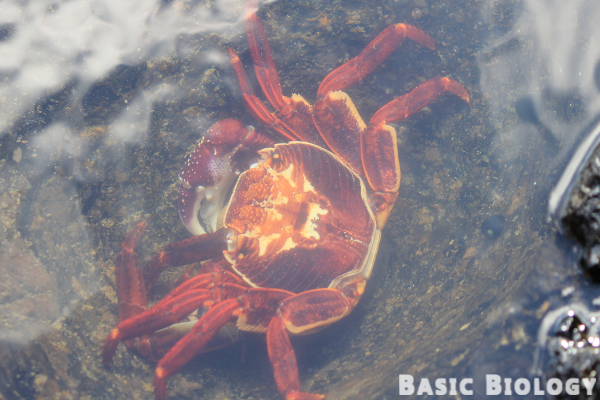 Their control over these populations makes these predators important regulators of the structure of the rocky shore ecosystem. Feeding when the tide is in, these rocky shore predators are able to break through the hard exterior shell of many slow many species that are common on rocky shores.

Other predators include crabs which are the fastest moving animals on the rocky shore. Their superior mobility comes at a sacrifice. Crabs have a reduced ability to stick to the rocky substrate and subsequently must behave in a way to reduce the risk of being knocked around by incoming waves.

It is also common to find a number of algae on rocky shores and your chances increase as you move lower down the rocky shore. Seaweeds are most abundant in the sub-tidal zone where they often form dense kelp forests and provide habitats for many fish, worms, crustaceans, gastropods, and many more marine animals. Certain species can be found in the intertidal zone and more commonly these are green species of algae such as sea lettuce. 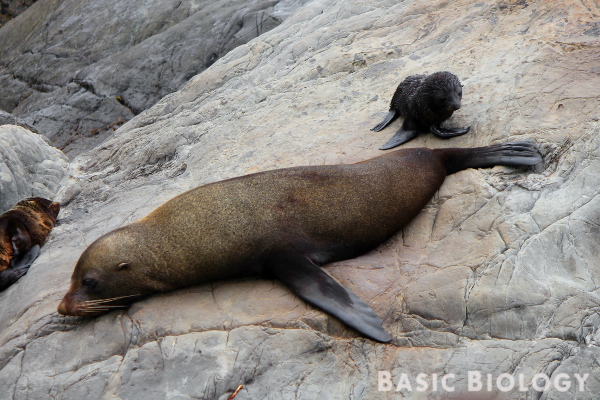 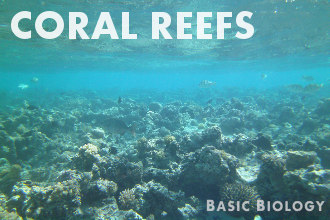 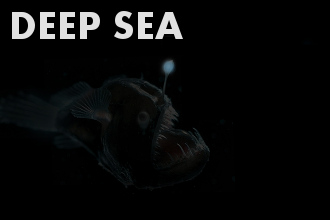