DNA, or deoxyribonucleic acid, is the material that makes up genes and is found in all living cells. It provides a code for all of the genes found in a cell which can be more than 100,000 genes in some organisms.

DNA holds the information that is used by cells to build proteins and other molecules. These proteins and molecules then carry out processes that keep the cell alive.

Through reproduction, DNA is passed from parents to offspring. In sexual reproduction with two parents, offspring receive a mixture of DNA from both their mother and father.

Where is DNA found?

For animals, plants, fungi and other eukaryotic organisms, the majority of our DNA is found within the cell nucleus within chromosomes. In organisms which have prokaryotic cells, such as bacteria, DNA can be found coiled together anywhere within the cell in a nucleus-like structure called a nucleoid.

Eukaryotic cells also have DNA in mitochondria, which are specialized structures within cells responsible for the process of respiration. The DNA within mitochondria is specifically related to the functions of mitochondria.

A DNA is a large molecule (macromolecule) and is made up of many smaller molecules connected together to form a long chain.

One strand of DNA is almost always found bonded to another strand in a structure known as the double helix. The double helix DNA structure is sort of the unofficial emblem of biology.

Two strands of DNA bind together to form the double helix because of the way each strand is both attracted and repelled by the other strand.

The two strands bind through the bonding of the bases of each nucleotide i.e. the bases from one strand bond to the bases of the second strand of DNA. This makes the two chains run anti-parallel to each other and gives the DNA the spiraling structure that makes the double helix.

The bases that are responsible for the bonding of two DNA strands are more correctly known as nitrogenous bases.

Differences in the arrangement of these four bases along a strand of DNA is how different genes are formed. A specific sequence of nitrogenous bases provides the information for a cell to produce a specific protein.

The nitrogenous bases of one DNA strand bonds to the opposite bases in the second strand. This brings the two DNA strands together to form the double helix.

The bases bond in pairs and will only ever bond with one of the three other bases i.e. adenine only bond with thymine and guanine only bonds with cytosine.

All DNA is hereditary meaning it is passed from parent to offspring or child. The only way new genetic material can be created is through genetic mutations of DNA.

Mutations can occur through a number of ways and either be positive, negative or make no difference at all. Mutations are caused when errors occur during the processes of DNA replication. These errors are very rare but they do happen in all living things including you and me.

Most of the time mutations don’t lead to any significant change but in worse case scenarios mutations can lead to death often through cancerous growths. In other circumstances, mutations can be beneficial and make an individual better suited to their environment which can lead to the evolution of new species.

DNA was first discovered in 1879 by Walther Flemming when he stained cell nuclei to see chromosomes dividing and found DNA material within chromosomes.

It wasn’t until 1944 when the function of DNA was completely determined. Three scientists – Avery, MacLeod and McCarty – showed that DNA was responsible for a change in the expression of genes in bacteria. 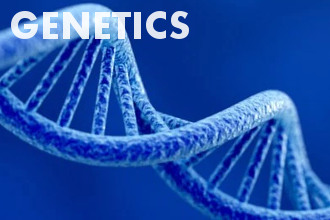 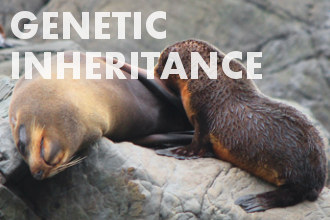