The replication of DNA is an incredibly fast and accurate process. On average, around one mistake is made for every 10 billion nucleotides that are replicated. The process includes over a dozen different types of enzymes and other proteins to run correctly.

A DNA molecule is made from a series of smaller molecules called ‘nucleotides’. Nucleotides link together to form a linear strand of DNA. Each nucleotide consists of a sugar, a base and a phosphate group.

The four different bases each have a complementary base that they bind with. Adenine and thymine only ever bond with each other, while guanine and cytosine will only bond with each other. The two strands of a double helix are therefore the exact opposite to each other in terms of their sequence of bases.

Prokaryotic cells will often have only one origin of replication for their ring of DNA. Eukaryotic cells on the other hand can have hundreds to thousands of origins.

The process is started by a set of proteins that recognise the set of nucleotides at the origins of replication. These proteins are able to separate the two strands of the DNA double helix and create a ‘bubble’ between the two strands.

As the two strands are separated, binding proteins latch on to the single strands of DNA and prevent them from bonding back together. Both strands are then able to be used as templates for building two new strands of DNA.

The new strand of DNA begins with a short segment of a molecule called RNA. The short segment is known as an RNA primer and it is usually around 5-10 nucleotides long. The new DNA strand begins by attaching a DNA nucleotide to the RNA primer.

The two ends of the RNA primer are different and nucleotides are only able to be added to one end. A new strand of DNA can therefore only be grown in one direction.

As the bubble in the double helix grows the two new strands of DNA are built in opposite directions. Each new strand is built towards one of the two forks at the edge of the bubble.

Video created by yourgenome – check out their website to learn more about DNA, genes and genomes

The one in 10 billion errors exist when a polymerase incorrectly replaces the error with the another incorrect nucleotide. These rare errors are the cause of genetic mutations and cancer.

Telomeres are short sections at the end of DNA strands that get shorter and shorter with each replication of a DNA strand. Telomeres don’t contain information for specific genes but are a safety net for a slight problem with DNA replication in eukaryotic cells.

Remember that DNA replication begins with the attachment of an RNA primer and DNA polymerase can only add nucleotides to one end of the RNA primer. Every time a strand of DNA is replicated the section of DNA behind the RNA primer cannot be replicated.

This is an issue only for eukaryotic cells that have linear strands of DNA. Prokaryotic cells have a single ring of DNA so all their DNA is able to be replicated.

A telomere become shorter each time DNA is replicated. The shortening of telomeres is thought to be involved in the process of aging for both cells and whole organisms. As an individual grows older, the DNA of all of their cells will have been through many replications. If a cell has been through too many replications it is possible for the entire telomere to be lost and the cell is likely to be killed.

An error in DNA replication is known as a mutation. If an error is not corrected and remains present in the new DNA strand then every time that strand of DNA is replicated the error will be replicated. If an error occurs in sperm or egg cells the mutation can be passed to the next generation.

Most mutations are harmful but some can be beneficial. Many mutations can affect how a cell performs and often mutant cells will die before they can replicate again.

Mutations are the only way new genetic material is produced. Over billions of years the rare beneficial mutations have taken life from simple, single-celled organisms to diverse array of complex and spectacular species. Mutations are a key part of evolution.

The DNA of humans has a total of six billion base pairs. With an error rate of around one error for every 10 billions bases, around 0.6 errors will occur for every replication of a cell’s DNA.

With around 0.6 errors per replication, a fully grown human will have had around 22 trillion mutations to their DNA. Fortunately, the vast majority of these are lost and never have an impact on our lives. Very rarely do mutations become a problem. Needless to say however, we are all mutants! 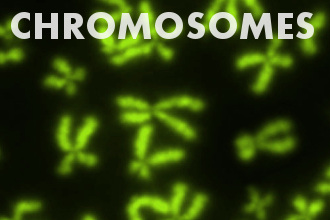 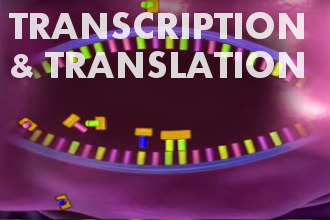