The monocots are a group of around 80,000 flowering plant species. The word ‘monocotyledon’ can be translated into ‘one embryonic leaf’. All monocot seedlings emerge from the soil with only one initial leaf, whereas the majority of angiosperms have two embryonic leaves and are dicotyledons.

Monocots also display a number of other characteristics that distinguish them from other angiosperms; these include differences in leaves, stems, flowers and pollen. The two most diverse families of monocot plants are the orchids and grasses which make up nearly half of all monocot species. Other monocot plants include flaxes, tulips, daffodils, lilies, onions, garlic and asparagus.

A monocot plant can almost always be identified by the pattern of veins through their leaves. Monocots have parallel leaf venation where the veins run down the length of the leaf in parallel lines. In contrast, dicotyledonous plants have a network of veins which branch out from the main vein that runs down the center of the leaf. 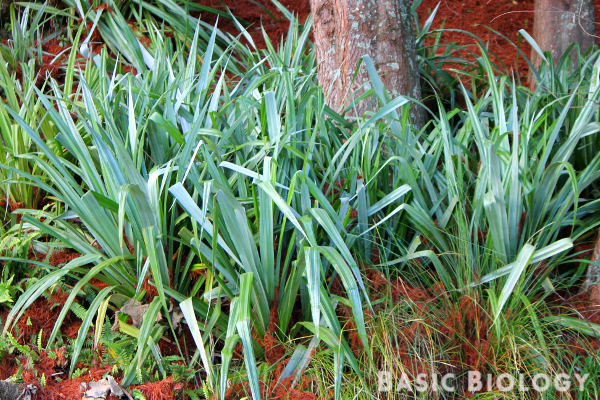 Very few monocots are able to grow woody and therefore struggle to grow very tall compared to the heights of dicotyledonous trees and gymnosperms. There are exceptions to this rule though such as palm trees, cabbage trees, and screw pines which all have hardened stems and can grow to respectable heights. No monocots will ever compete with the amazing heights of the world’s tallest trees (such as the giant redwoods and eucalyptus trees), however, but some species of palm trees can grow over 50 m tall which is taller than the maximum heights of the majority of true trees.

The flowers of a monocot plant are built around the number 3. Monocot flowers will have petals, sepals, stigma and stamen in multiples of threes or some cases various parts will be completely missing. The ovaries within the flower will also be divided into segments of three or six. This differentiates from dicotyledonous flowers which are generally built in multiples of four or five. Pollen grains of monocotyledons are also different from other angiosperms because they only have a single groove or pore on the grain whereas other plants will have multiple of either. 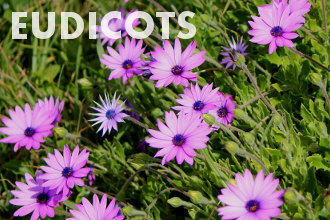 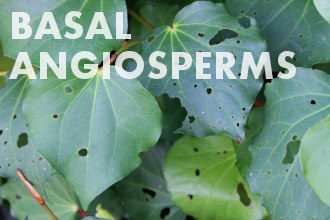