Lycophytes, also known as the ‘fern allies’, are a clade of vascular plants similar to ferns but have unique leaves called microphylls. They are primitive plants and lack seeds, wood, fruit and flowers.

As with the ferns, lycophytes produce spores for reproduction and are both wind-pollinated and dispersed. The phylum lycophyta is believed to be the oldest remaining group of all the vascular plants and are thought to have evolved more than 400 million years ago. Included in the lycophytes are club mosses, quillworts and spike mosses plus a number of extinct groups such as the scale trees.

The three classes of lycophytes all have very different growth forms but they do share a number of characteristics. Lycophytes have unique leaves that separate them from all other plant groups. Their leaves, known as microphylls, have only one vein that runs down the length of the leaf. 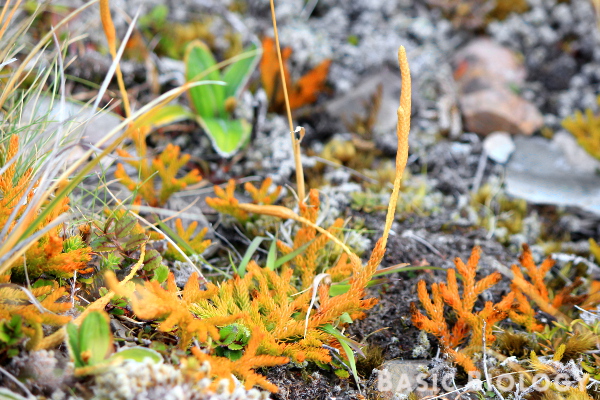 All lycophyte plants are herbaceous so no species grow wood. The above ground portion of lycophytes is almost entirely green, including the stems. The stems of quillworts actually grow below ground and leaves only grow from the tip of the stem which sits at ground level.

Club mosses and spike mosses grow roots from above ground, known as adventitious roots, which then grow down towards the soil. Quillwort roots grow from the base of their underground stem.

Lycophytes are found almost everywhere on Earth, excluding Antarctica. They grow from the tropics to the Arctic in a range of ecosystems including rainforests, deserts, lakes and wetlands. A large proportion of lycophytes grow from the stems of trees and other plants. This is especially common in rainforests where growing conditions are best.

Quillworts grow in close association with water. Many species are fully aquatic and grow in lakes, slow-moving rivers and estuaries. Clubmosses and spikemosses mostly enjoy wet, shady environments but some species can be particularly tolerant to drought.

All up there is around 1250 species of lycophytes currently living on Earth. The majority of these species belong to the single genus of spike moss, Selaginella, which include approximately 700 species. There is also around 400 club moss species and 150 quillwort species.

As with all plants, lycophytes have two alternating generations. The dominant generation in lycophytes is the sporophyte generation which produces spores for reproduction. Multiple spores are developed in sporangia and dispersed by wind and water.

If a spore finds a suitable habitat, it can grow into a gametophyte. The gametophyte is small and insignificant compared to the sporophyte and it often grows in close association with fungi. Club mosses produce only one type of spore whereas quillworts and spike mosses produce distinct male and female spores. 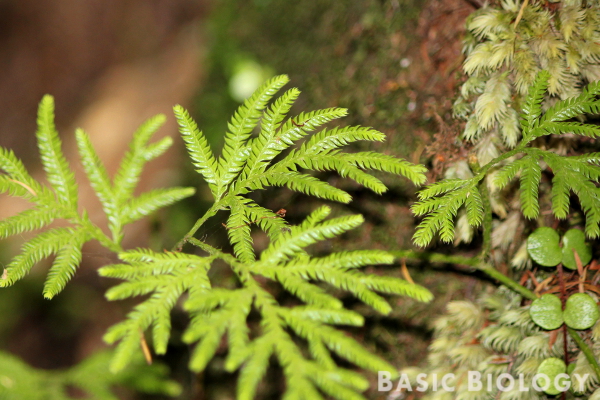 Lycophytes are believed to be the oldest living lineage of vascular plants. Estimates of their evolution date back to more than 400 million years ago during the Silurian Period, long before gymnosperms and angiosperms. The vast majority of species are now extinct but with more than 1200 species still currently living on Earth, the lycophytes have a tremendous ability to adapt to the constantly changing environments on Earth.

The club mosses include around 400 species of lycophytes from the class Lycopsida. The vast majority of species are found within a single genus known as Huperzia, which are sometime referred to as the fir mosses.

They are found all around the world, most commonly growing in rainforests on the trunks of trees but some species inhabit Arctic regions and the southern end of South America. The most significant difference between club mosses and other lycophytes is that club mosses only have one type of spore.

The quillworts are a class of around 150 species of plants and almost all species belong to the genus Isoetes. The quillworts rely heavily on water and many species live entirely submerged while others live in seasonally flooded habitats.

Quillworts are small herbs with long narrow leaves that are usually between 5-20 cm long. Their stems are swollen and grow underground; and their roots grow in clusters from the base of the stem.

Distributed all around the world and having survived for more than 200 million years, many species of quillworts are currently endangered due to habitat loss.

The spike mosses are the most diverse group of lycophytes. They include just a single genus, Selaginella, which has a total of around 700 species.

Spike mosses grow on other plants as epiphytes and on the forest floor. They often resemble club mosses although they have two distinct types of spores and a small scale-like growth at the base of their leaves. 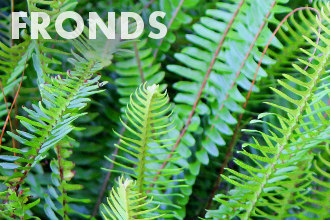