Mosses are a phylum of non-vascular plants. They produce spores for reproduction instead of seeds and don’t grow flowers, wood or true roots. Instead of roots, all species of moss have rhizoids. The mosses sit within a division of plants called the Bryophyta under the sub-division Musci.

Where can mosses be found?

Mosses have spread all around the world and are found in wet environments such as rainforests, wetlands and alpine ecosystems. They are also common in urban areas with a wet climate and often establish on driveways, sidewalks, brick walls and other man-made structures. Mosses require water to reproduce which is why they struggle to survive in drier climates. 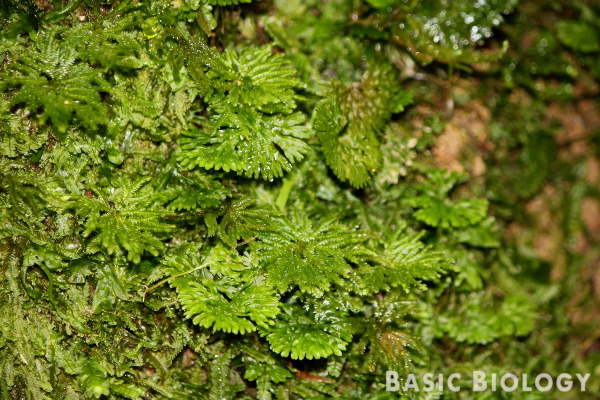 How many species of moss are there?

There are approximately 14,500 species of moss in the world which constitutes around 75% of all Bryophyte species.

How big do mosses get?

Mosses are limited in size by their poor ability to transport water because they have no vascular tissue. They are usually less than an inch in height and the tallest species in the world can only grow up to 50 cm (20 inches). A spongy mat of moss is made up of thousands of tiny individual mosses that group together to increase their absorption and retention of water.

Why are mosses important?

Mosses are important for a number of reasons and from many different aspects of life on Earth. For insects and other invertebrates, mosses can provide a great habitat and source of food. At a larger scale, mosses perform a number of functions that help ecosystems perform effectively such as filtering and retaining water, stabilizing the ground and removing CO2‚ from the atmosphere.

Humans have also utilized mosses for a number of reasons. Traditionally, moss has been used for packing food, helping to insulate houses, and peat formed from semi-decomposed Sphagnum moss was used as a fuel in the Northern Hemisphere. More recently, mosses have been used in the florist trade.