Leaves are the location of photosynthesis in many plants. Their green color is indicative of the pigment chlorophyll which is capable of using the energy from the Sun and CO2 to form carbohydrates.

Many plant species lose their leaves during the winter months in order to save energy when the amount of light is low and photosynthesis is difficult. Plants that lose their leaves are referred to as deciduous; plants that keep theirs are ever-green. Whether or not a plant will lose its leaves is often reflective of the environment in which it evolved.

Most plants have large, flat leaves that are known as broad-leaves. Broad-leaves are usually grown quickly and don’t take much energy for plants to grow. They are also often easily eaten by herbivores but are very efficient at photosynthesizing because of their large surface area.

Needle-like leaves are grown by a number of plants, in particular species of conifers such as pines. Growing needle-like leaves can be advantageous in certain climates. They are better adapted to life in snowy climates because they are less likely to catch a lot of snow and be weighed down and pulled of their branch; they are also better protected from grazing because their leaves are tougher and generally not very juicy making them less edible for herbivores. As far as I know, plants with needle-like leaves are always evergreen.

Some plants have tiny scale-like leaves. These gain many of the advantages that needle-like leaves have over broad-leaves such as reduced grazing and more resistance to disturbance. Again, scale-like leaves are often prickly. They have smaller surface area so plants need to make far more of them to be efficient photosynthesizers. Scales are mostly found in gymnosperm species.

Leaves are the main photosynthetic organs of plants. They are adapted to be as efficient as possible at photosynthesis and to effectively survive any harsh climatic conditions of their environment.

Photosynthesis is the process of taking CO2 from the atmosphere and fixing it into carbohydrates. A leaf is able to take CO2 from the air through microscopic structure called ‘stomata’ which can open up to allow CO2 into the tissue.

The intake of CO2 is coupled with the loss of water from the leaf tissue so stomata have the ability to open and close in order to reduce water loss. Once the CO2 is inside the plant tissue, it enters cells and undergoes a series of reactions using light energy from the sun and is converted to glucose.

Leaves are often used in identifying different plant species. Two of the first characteristics of plants used to make identifications is leaf arrangement and leaf margin.

It can often be difficult to tell whether a plant has alternate, opposite or whorled leaf arrangement if leaves are grown very close together along a stem. If in doubt, it is most likely alternate.

The leaf margin refers to the edge of the leaf and whether or not it is serrated. A leaf can either have an entire margin, where the edge is smooth and not serrated; or a toothed margin, where the leaf’s edge is serrated. There are many different types of serration for different types of leaves depending on the size, angle and shape of the leaf’s teeth. 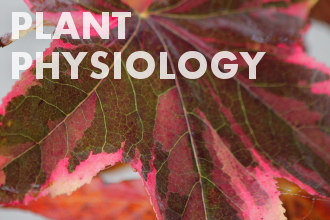 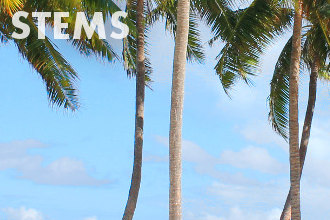